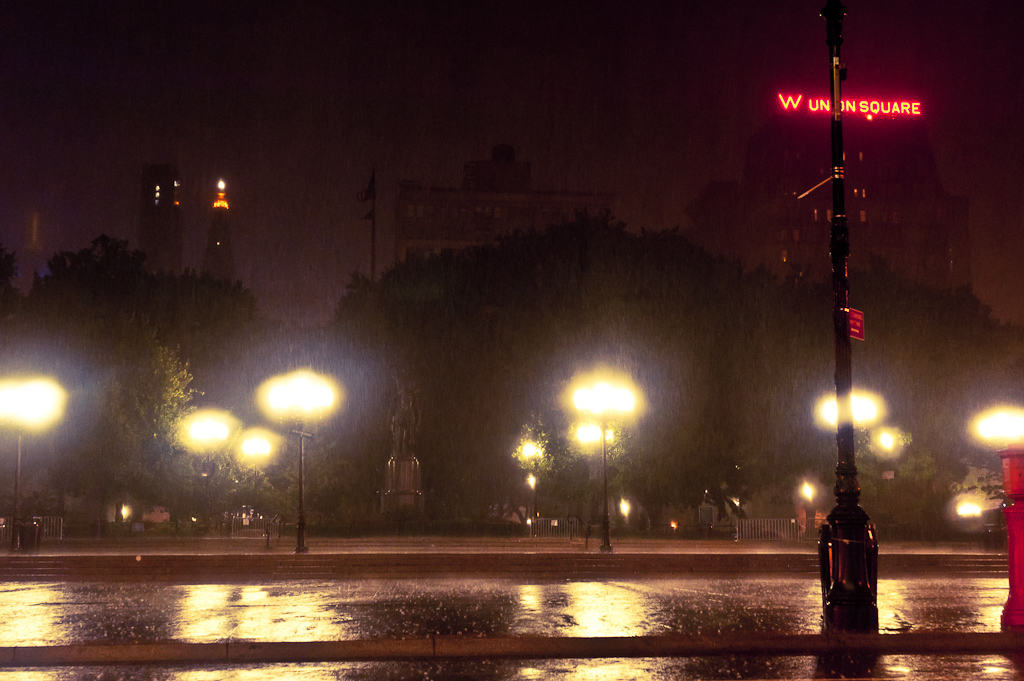 only happy when it rains

I wonder how many stories start with “I was sitting at home on a Saturday night, bored, when …”

It’s raining out. Despite the fact that she isn’t even here yet, Irene has officially taken hold of New York City. Stores stripped bare, the streets so empty you’d think the Ascension had happened while you were napping. At home and bored, listening to the rain pelt the streets outside, I decided to hop into a ZipCar and do a little cruising.

It’s three thirty in the morning and I have to get a good night’s sleep for more rain exploration tomorrow, so I can’t go into too much detail about the drive, but I’ll point out that some highlights were watching a cricket match in the middle of Times Square, seeing a pair of gentlemen walking down the middle of Broadway clad only in swimming trunks attempting in vain to hail a cab, and dodging half-naked cyclists.

The night was oddly (yet fittingly) capped when, on my way home, I turned around to give a ride to a formally-dressed couple who, right up until I refused to take their money at the end of the ride, thought I was a gypsy cab.

I’ll be updating my Flickr set with more photos as I take them, but here’s a quick sampling: