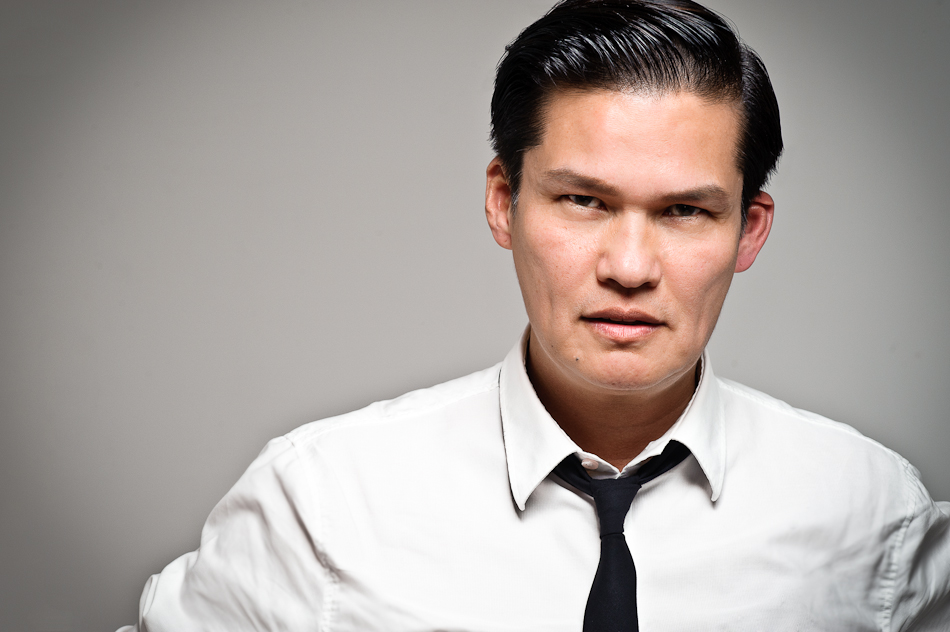 While being a city mouse definitely offers its fair share of photographic benefits, space isn’t one of them—especially when said city is New York and said mousehole is in Manhattan. And space comes in pretty handy when you need to set up a studio. There are, of course, alternatives to having a dedicated studio room of your own. Renting, for example. A few places throughout the city rent out studio space for anything from $50 an hour to $500. Which is fine if you’re shooting on someone else’s dime and have a budget.

Otherwise, you need to get creative. 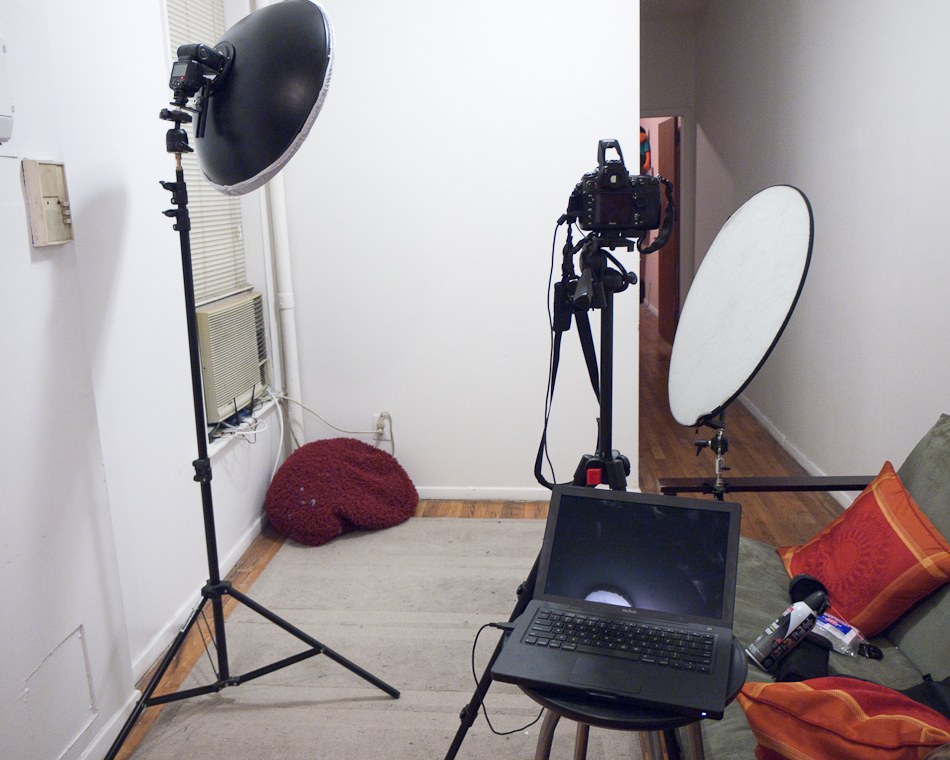 That’s my living room. It’s a pretty small affair, maybe 8′ across and 15′ deep (if you count the kitchen). Hardly big enough to entertain, but apparently just big enough for a head shot studio.

I first put it together for Joyce’s shoot when we were unable to find an affordable studio on short notice, and resurrected it for a recent shoot for Jorge Luis, stylist extraordinaire. The setup was pretty simple: single sb-900, beauty dish, reflector. I side-lit some of the initial shots (seen above) and then moved to a clamshell setup and stuck with it for the rest of the shoot. 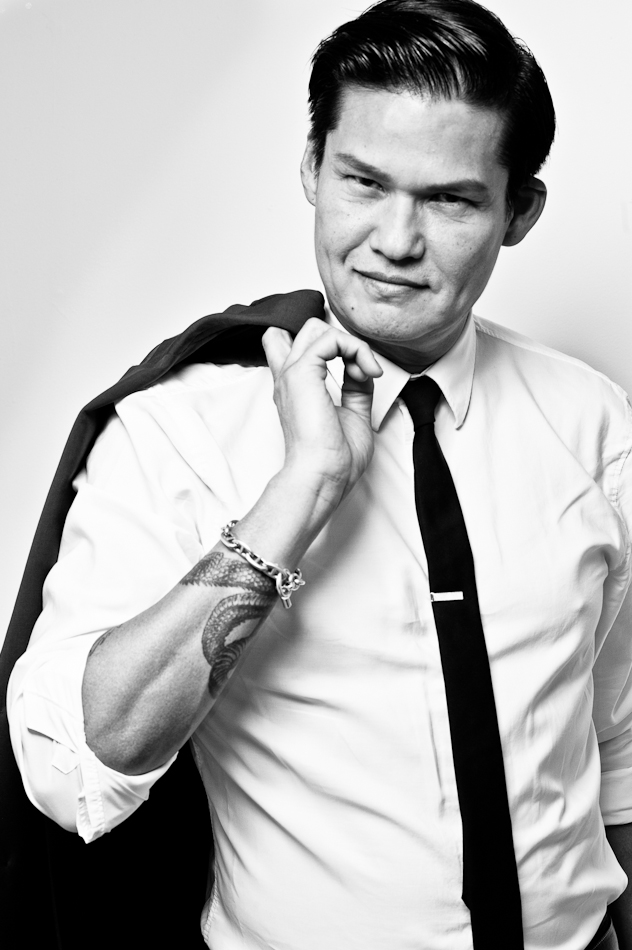 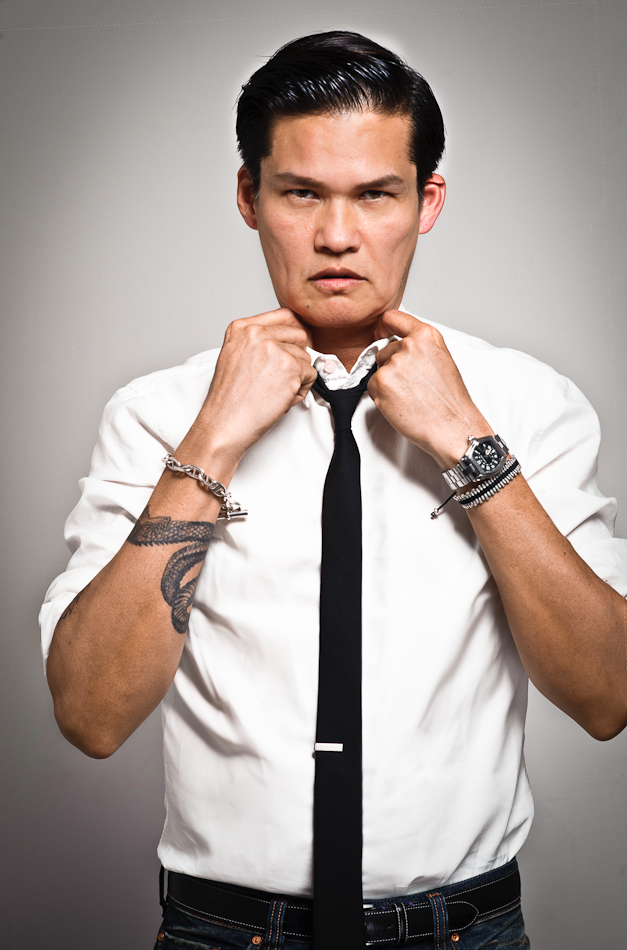 Now if I could just figure out an equally workable DIY substitute for a D3.