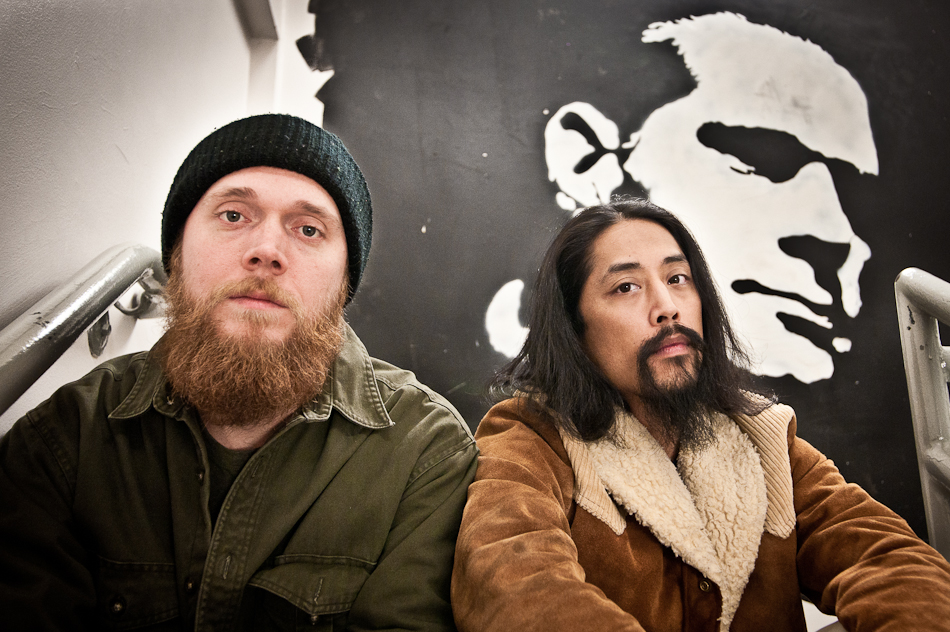 the acoustic duo of destruction

By mike1 March 2011No Comments

Though I’ve known Herb Manila and Mike Hanson (aka Herb & Hanson) for well over a decade (indeed, it was I that built their website, many moons ago), we’d never done a shoot before. We’d just never gotten around to it, I suppose. So when they suggested doing a shoot while I was in D.C. last weekend, I was completely on board.

The thing you need to know about myself, Herb, and Hanson, is that we’re not really what you’d call “planners.” We’re great at coming up with ideas, and we come up with some good ones; we’re just not all that great at making it happen. So, naturally, we eventually found ourselves standing in a freezing parking lot at 9:30 at night with no idea where to shoot.

Hell with it, we eventually decided, let’s go over to [REDACTED]*. 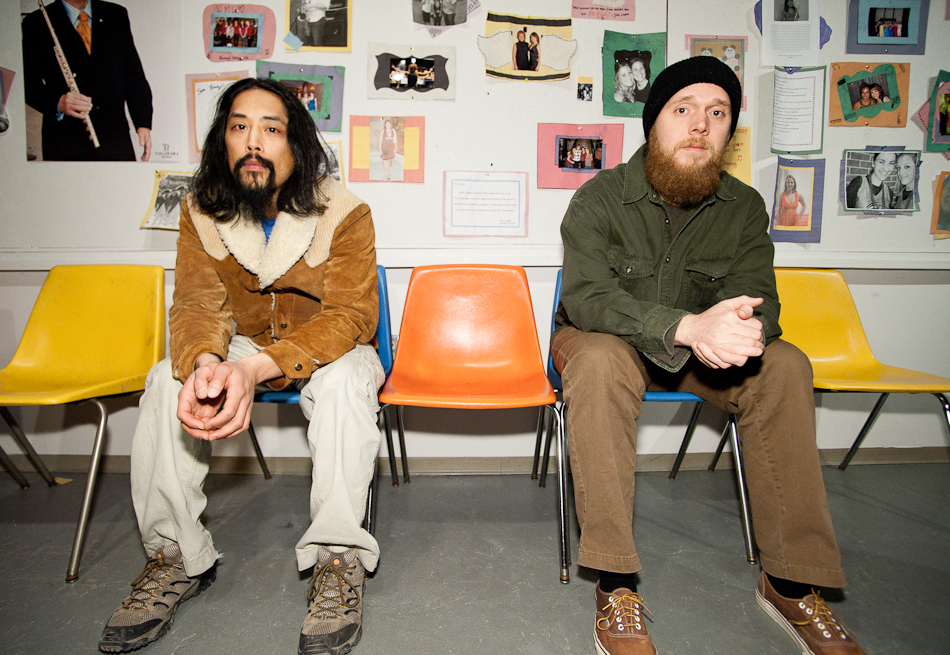 So off we went, deep into the halls and classrooms of [REDACTED], figuring out the shoot as we went along. The shoot wasn’t without its challenges (we didn’t scout the locations before hand, we didn’t have a concept for the shoot, I had a single strobe and no light-shaping tools, and no assistant to help with the light wrangling), we still managed to come away with a decent selection of images. Especially considering the shoot-by-the-seats-of-our-pants nature of the whole thing. 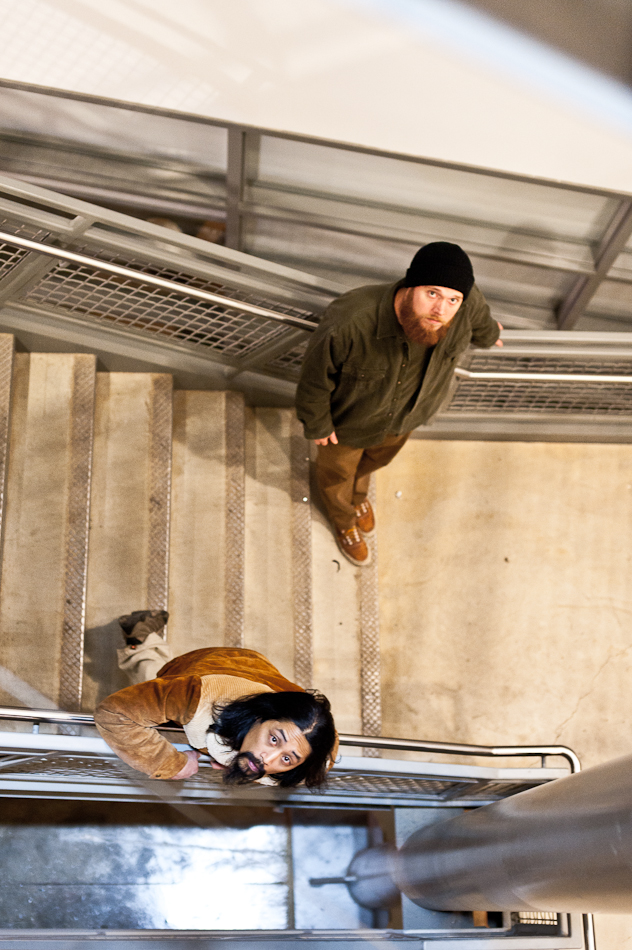 I will admit, however–while the buildings were somewhat occupied and we did more or less look like we belonged, it was still incredibly easy to wander from room to room in the dead of night. And we were hardly ninjas: three sizable guys, making noise, walking around, flashing a bright light every few seconds–you’d think someone would’ve noticed. 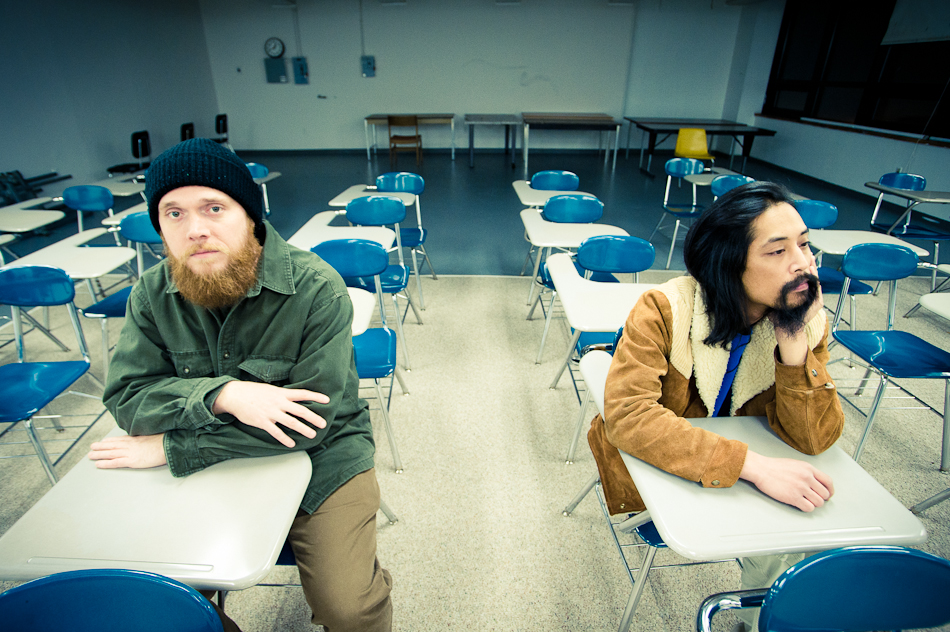 Eventually we had our fill of [REDACTED] and wandered over to a nearby bar & grill, where we had been granted after-hours access to the kitchen (this time no sneaking was required). It was then that tensions finally, fittingly, boiled over. 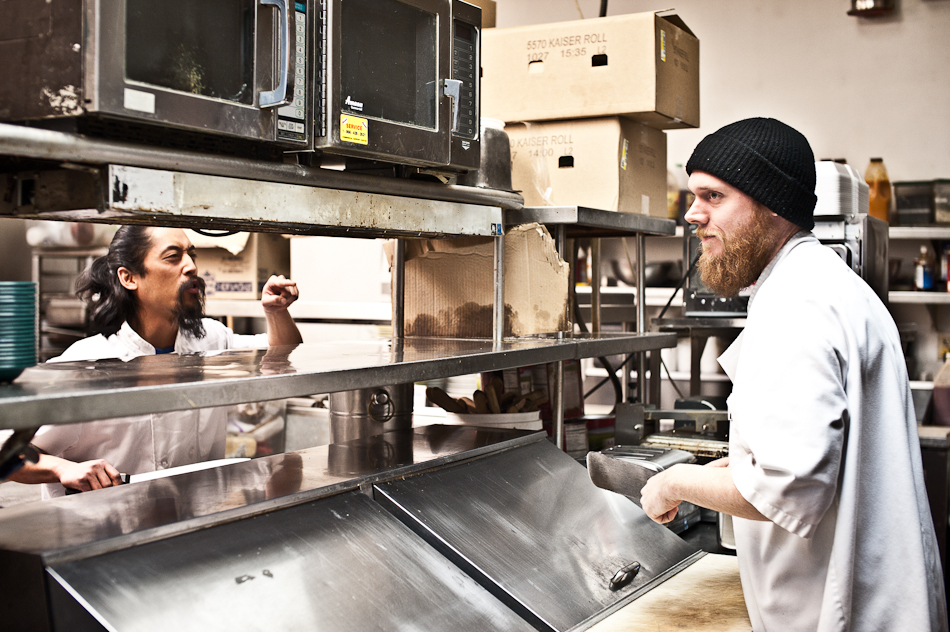 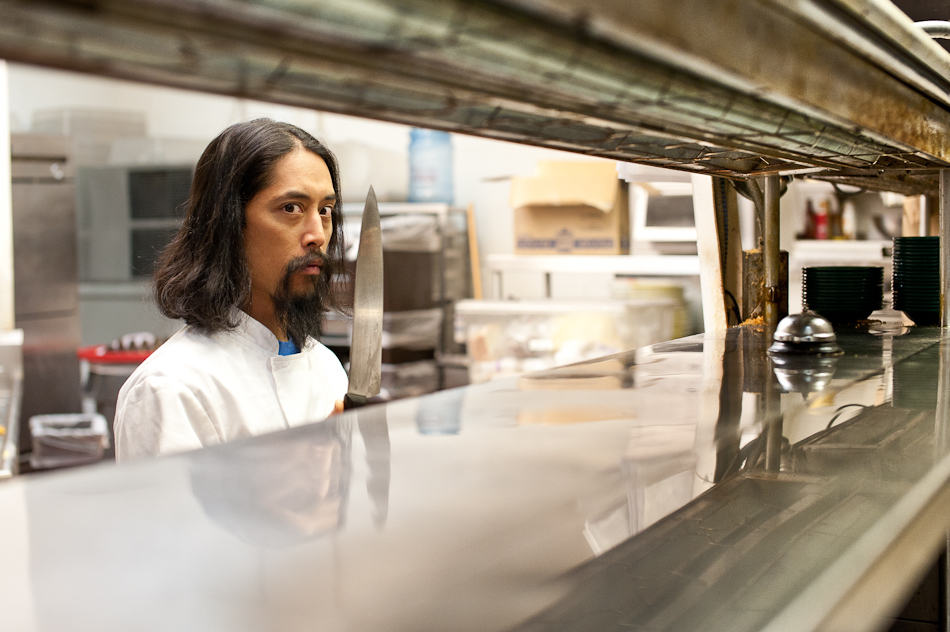 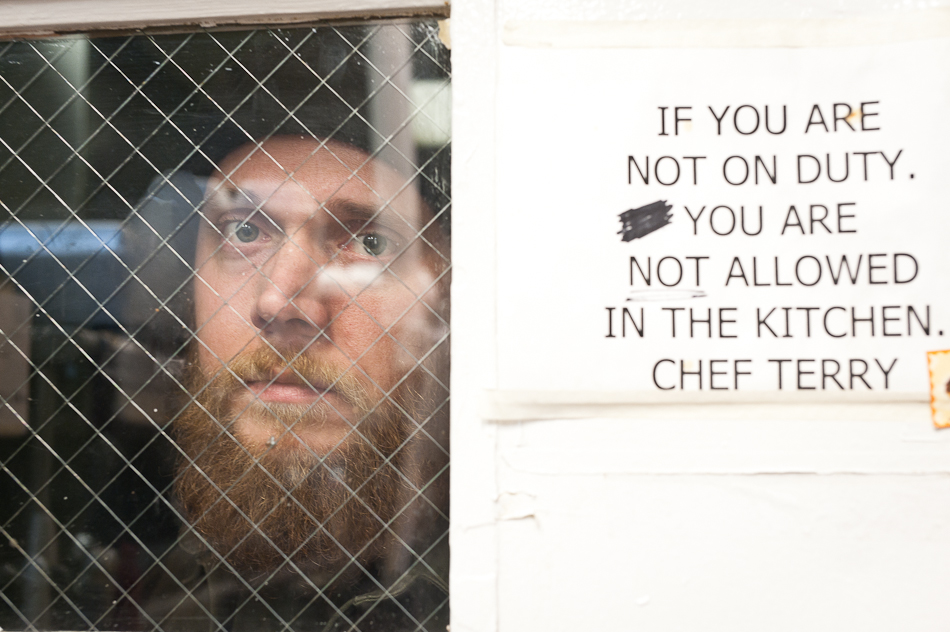 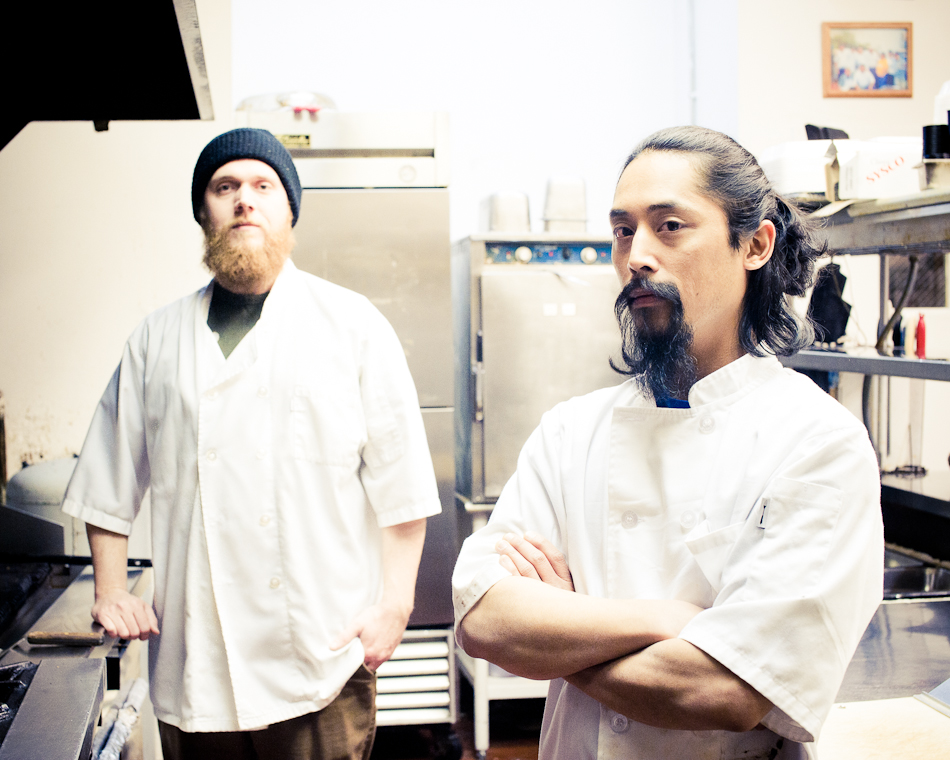 All was well in the end, though, despite the number of sharp stabby objects within reach of “Mad Dog” Manila, and everyone walked away with no extra holes in their bodies. And really, when dealing with a pair of people who travel together constantly and spend more time with each other than their significant others, is there more that you could ask for than nobody getting knifed?

* Even though I doubt we’d get in trouble for being there, better safe than sorry.